I am getting rather tied of writing about Israel's action or non actions.
Where is the Israel we all used to look up to, how did they become so one eyed.
Considering we were never supplied with an official existing list of goods, how on earth are we to tell what has been added or deleted from the new one.
That is assuming they do provide one, which I doubt will ever happen.


FDL By David Dayen
The country has managed to convince the world that they would ease the blockade on Gaza without producing a list of approved or banned goods, and a process for how those goods would make their way into the war-torn Palestinian strip. Prime Minister Benjamin Netanyahu says that everything that cannot be turned into a weapon will be allowed into Gaza, but has not produced a list defining those objects.

OK, but will that include cement, or construction and building materials? Thousands of homes have been destroyed in Gaza, and without such materials the residents cannot rebuild. The claim is that housing projects would have to be “approved by the Palestinian Authority (PA) and supervised by international organizations,"but did not appear to include residential buildings', but schools and hospitals. Also, so-called “dual-use” construction materials that could also be used for weapons would still be banned, without a clear picture of what that constituted. 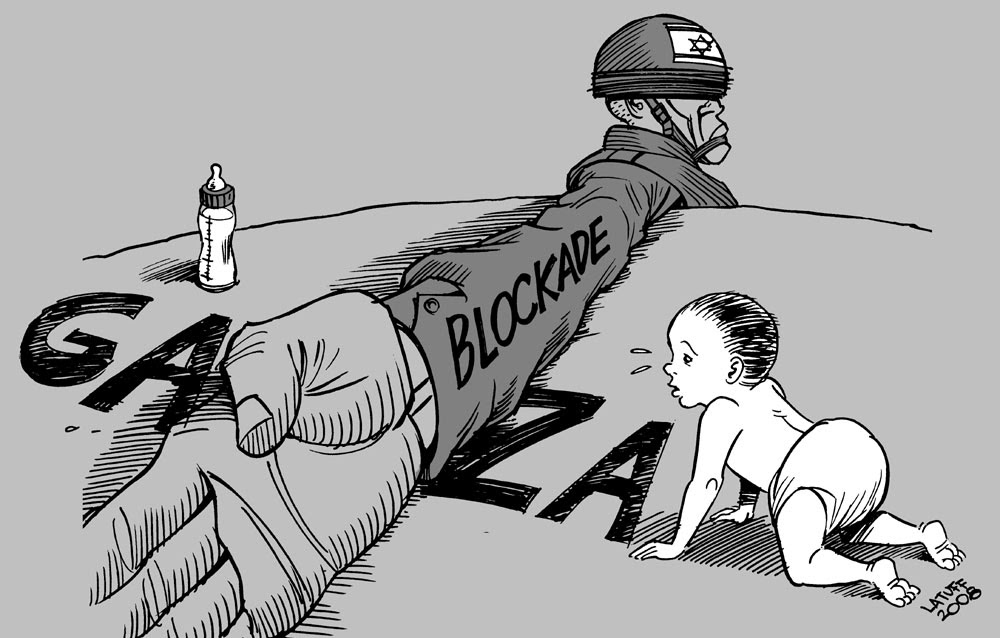