Prison numbers in WA prisons have grown so much that they are doubling the number of prisoners to a cell and in some cases they have had to make them sleep n the floor because of bed shortages. The numbers have grown by... 33%... since new parole board head appointed.
Appointee Supreme Court Justice Narelle Johnson says that the jump in the number of prisoners being denied parole has nothing to do with her taking over the job for the period that the prison numbers have jumped.

IS IT JUST A COINCIDENCE??
WA prisoners are denied the right to appear in front of a parole board. The parole board does not believe they should have the right as the prisoners don't always tell the truth.
The fact that many are illiterate does not matter as they can get other inmates or guards to help them to fill in the applications.
We know of course that other CARING prisoners and CARING guards would never hold a grudge and would always be helpful when it comes to parole
The parole board in WA said also that the prisoners could organize a video link, although to their knowledge this had never eventuated.
Using the fact that prisoners may lie would seem to be a strange defence of their position. 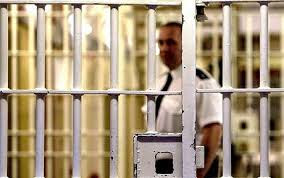