RESIGN!!!! POPE Benedict XV1 and save your soul

Joseph Alois Ratzinger 1981 settled in Rome when he becamePrefect of the Congregation for the Doctrine of the Faith, one of the most important offices of the Roman Curia.


At the time of his election as Pope, he was also Dean of the College of Cardinals, and as such the primus inter pares senior among the cardinals.


As Prefect of the Congregation for the Doctrine of the Faith he was in charge of Catholic Church doctrine, as such he oversaw the integrity of the faith.


In his role as Prefect it was in his power to act and inform Rome of the incidence of pedophilia of which he was definitely aware.


Therefore he must take some of the blame associated with this abhorrent behavior, particularly since 1981.


He should do the honorable thing and resign, it would put some sort of line under these happenings. 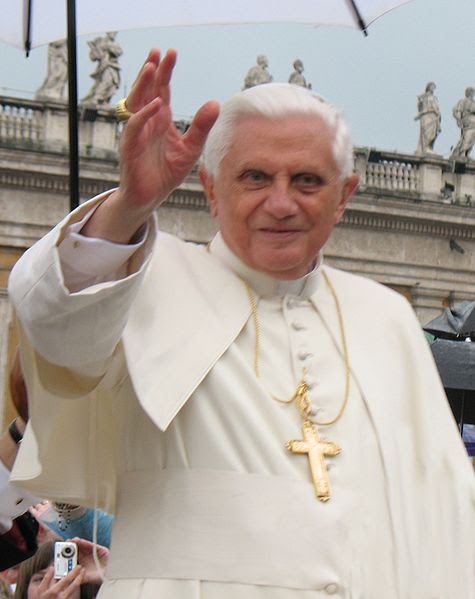 HE MAY BE A GREAT MAN HOWEVER HE HAS BEEN REMISS IN HIS DUTIES
at September 19, 2010