ALZHEIMERS Drugs given the go ahead in UK-- what about Australia?--


Alzheimer's victory: After three-year campaign, sufferers will finally get vital £2.50 drugs banned by National Institute for Health and Clinical Excellence.

By JENNY HOPE Daily Mail
Last updated at 1:33 AM on 7th October 2010
Hundreds of thousands of people in the early stages of Alzheimer’s will no longer be denied crucial drugs that slow the devastating disease.
A three-year campaign by the Daily Mail ended in victory yesterday when the NHS drug rationing body reversed a ban that had been universally condemned by doctors, patients and their families.
Patients diagnosed with Alzheimer’s - who knew they were losing their minds - faced the scandalous situation of waiting for their condition to deteriorate before being prescribed the three drugs. 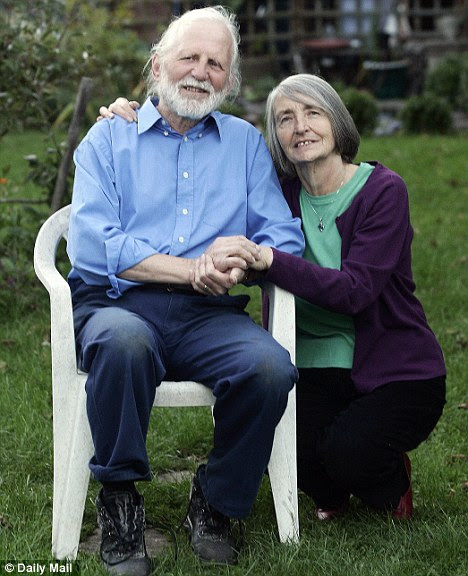 'It's wonderful': Alzheimer's sufferer Derek Quinn, pictured with wife Teresa, said he will 'now be able to do something positive'. Read his full story below
Aricept, Exelon and Reminyl cost only £2.50 a day, but the National Institute for Health and Clinical Excellence ruled in 2007 that they can be used only by patients in moderate - not early - stages of the disease.