AUSTRALIAN MP'S ASLEEP ON THE JOB --"IT'S ALL TOO HARD"--

THE only GP in Federal Parliament has warned his fellow politicians could be driven to drink and drugs because of unsustainable work hours demanded of them in the new parliament.
Mal Washer, a veteran Western Australian Liberal MP, told the ABC the tight numbers in the new parliament, where Labor sustains a minority government, have led to longer sitting hours in which politicians are constantly on call for crucial votes "SHAME,SHAME".
"During the Howard government years long hours led some MP's to turn to alcohol and illicit drugs", he said.
Anyone who has watched our pollies over the years has seen many imbibe a little too much, though I am not sure that is caused through the pressure of work. As for drugs I think Mal Washer is exaggerating.
"I've got people walking around with lots of respiratory problems because their immune systems are being compromised," he said.
"They are fatigued, they are not as sharp as they would normally be and so we are creating to some level slight dysfunctional politicians.
Mr Washer we have always had dysfunctional politicians and we always will, the workload will not change that.
A politicians lot is not easy, however they chose to take this job and should carry it out to the best of their ability.
Late nights, and heavy drinking which is common place is not the way to represent their constituents.
A real parliament like the one we have at the moment means that they all have to do the job we pay them for."about time to".
Sorry Mal, you mean well, but they should be capable of doing their job with a little duress occasionally. 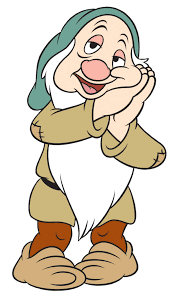