US SHOOTS THE MESSENGER-slams 'criminals' behind WikiLeaks

Secretary of state Hillary Clinton says,
"We are taking aggressive steps to hold responsible those who stole this information."


"Barack Obama was decidedly "not pleased" by the WikiLeaks release, adding (those responsible)does he mean WikiLeaks, or the so called "criminals" who had committed a serious offence.


The incoming chairman of the House Homeland Security Committee, Republican Peter King, wants even tougher action.
"I'm also calling on secretary of state Hillary Clinton to declare WikiLeaks a foreign terrorist organisation. By doing that we will be able to seize their funds
"To me they are a clear and present enemy of the United States of America."(paranoia has set in with a vengeance)

There are 1,500 cables that mention Australia.
One cable already released about the situation in Zimbabwe describes Australia as rock solid but largely uninfluential or irrelevant.
This is of course the opposite of what we in Australian have been told by past and present governments.(shock horror we are a great power)

The fact that many governments are blaming WikiLeaks, shows that they are quick to blame the messenger. Surely it is the US governments slack security, regarding sensitive information.


Have they not heard of the Internet, the leaks could have been sent to many news sites in many countries, would they now be labelling them foreign terrorist organisations also!


Does the US government really believe that other countries haven't similar statements(not very flattering to the US) floating around in their documents.


The Internet is here guys, get over it, you have to learn to live with it, tighten your security, stop crying over spilled milk. 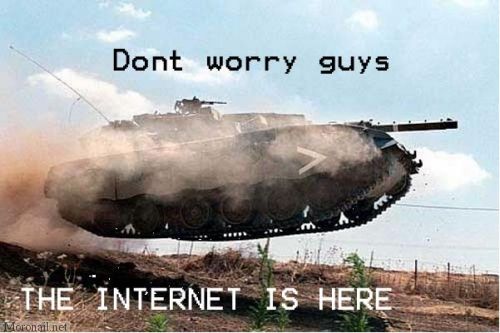