BUSINESS leaders have urged government to spend what it takes to fix the economic damage from the floods - and worry later about returning the federal budget to surplus.
Three members of a business taskforce appointed to advise on the flood recovery said that the imperative for the Federal, Bligh and Baillieu governments was to get the wheels of commerce turning again, infrastructure rebuilt and lives back to normal.
''No one in Queensland or in Horsham or in Echuca or Rochester will thank government for staying in surplus if they lose their jobs and their businesses shut down,'' said the chief executive of the Australian Industry Group, Heather Ridout.
Advertisement: Story continues below
Trucking magnate Lindsay Fox agreed. ''I think we've just got to get everyone up and going. Whether we finish up in a deficit or in a positive balance is not important.
It's more important that we've got everyone in Australia working and having nobody in difficulties like exist at the moment,'' he said.
Jock Laurie of the National Farmers Federation said: ''You can't be in a situation where you've got a state like Queensland and you only sort of patch it up and say that's all we can afford at the moment because we must stay in surplus. 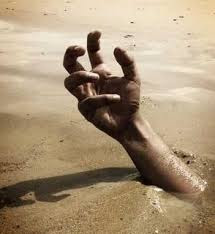 WE'D LIKE TO HELP BUT
WE HAVE TO HAVE A SURPLUS
THE COALITION AGREES
at January 19, 2011