THIS BIRDS BEST FRIEND IS A DOG OF A THING

Sheepdogs save an entire penguin colony Eudy the maremma cuddles up to a penguin chick."Your safe now"Picture: Robin Sharrock Source: Herald Sun
HE may be big and have sharp teeth, but Eudy is the best friend this penguin chick could ever want.
Eudy and his pal, Tula, protect Warrnambool's fairy penguin population from the hungry jaws of foxes and stray dogs.
The maremma sheepdogs are now more important than ever with the penguins' breeding season in full swing.
The population was at 10 when the dogs began patrolling Middle Island in 2005. There's now an estimated 180 penguins on the island, a stone's throw from the Warrnambool coastline.
"They've saved the colony, it was being completely decimated but, thanks to all the great Coastcare volunteers and the Department of Sustainability and Environment, we've got these great dogs.
"Guarding animals is a traditional role for the maremma breed. The dogs originated in Italy, where they protected flocks of sheep and goats from wolves and bears.
Local farmer Allan "Swampy" Marsh -- who uses maremmas to protect his free-range chickens and Deakin University student Dave Williams  had the idea of employing the maremmas to protect the penguins.
There were some initial hurdles -- both dogs swam back to shore from the island-- but, with the help of 200 volunteers, the program is now a huge success.
Coastcare facilitator Marty Gent said the scent of the dogs was enough to drive off marauding foxes.
Eudy and Tula, both two years old, have just graduated from training and will now spend up to four nights on the island unaccompanied by a handler.
Their busiest period is from July to March when penguin parents are producing more happy feet. 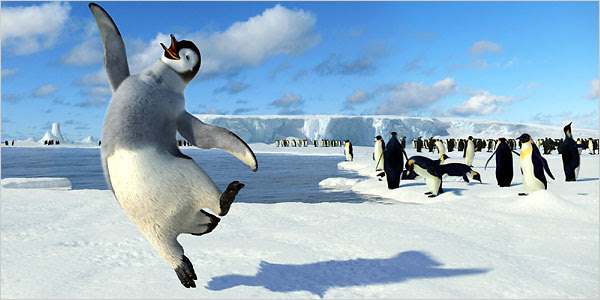