Jon Karlung, founder of Bahnhof the co that hosts WikiLeaks servers, said: "We use a lot of electricity ... [and] the church is right above us, so we thought we could help warm up the church" / AFP Source: AFP:

HEAT from the WikiLeaks website's Swedish servers could be used to warm a local church, a proposal states.
The underground server facility in Stockholm that is home to the website's servers gives off so much excess heat that it could power the nearby Sofia Church, say reports.
"We use a lot of electricity to operate our servers, and warmth is a by-product of all that electricity," said Bahnhof CEO Jon Karlung. "The church is right above us, so we thought maybe we could help warm up the church with our excess heat."
Karlung said that heat generated by the whistle-blowing website could be given free of charge to the 105-year-old building.
"WikiLeaks is concerned with the truth, and there is a Christian saying about the truth and life," Karlung joked.
The beauty of this source of energy is that the more governments attack WickiLeaks, the more energy is generated.
The quality of this garbage increases ex potentially as long as governments encourage their internal leaking. 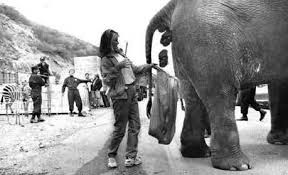 THE BIGGER THE GOVERNMENTS THE MORE THEY GENERATE
TREMENDOUS AMOUNTS OF THIS STUFF ARE MADE EVERY DAY
Remember from little things big things grow
at January 26, 2011