ABOTT'S MOUTH DOES IT ONCE AGAIN-IF HE WAS A SOLDIER OK!--HE IS NOT A SOLDIER!

SHIT HAPPENS
TO TONY ABBOTT TO OFTEN!!
Soldiers are entitled to make such remarks, it's their fight not Tony's, was he just trying to be one of the boys, this man is supposed to be the alternative PM, he was discussing the death of one of our soldiers..

Imagine if he was in a crucial diplomatic discussion, would we like him to be conducting such a conversation considering his mouth's uncontrollable statements to date.

His mouth to often is shaped like a foot!

His first gaff was just after he became leader, his excuse, don't believe anything I say unless its written down.

At the time it seemed to be a silly thing to say, however as regular as clockwork he continues to make dumb remarks.

In the past week we saw another one about raising money for Liberal party's fight against the flood levy, instead of the contributing to the flood appeal.

This was in an email from his office signed by him, was it attributed to him.

No, once again he said that he can't be held responsible, is there anything that he can be held accountable for? 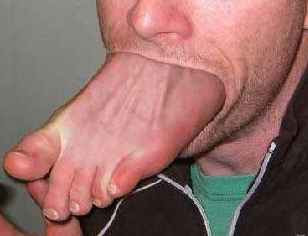 NOT A GOOD LOOK FOR A FUTURE PRIME MINISTER
at February 09, 2011