IS THIS US BANK ABOUT TO ATTACK WikiLeaks


A PowerPoint presentation seen by the Independent claims that a trio of Internet security companies – HB Gary Federal, Palantir Technologies and Berico Technologies are ready.


They are prepared to attack WikiLeaks, which is rumoured to be getting ready to release a cache of potentially embarrassing information on the Bank of America


It recommends a multi-pronged assault on WikiLeaks including deliberately submitting false documents to the website to undermine its credibility.


Pioneering cyber attacks to expose who the leakers to WikiLeaks are, then going after sympathetic journalists.


Security companies should track and intimidate people who donate to WikiLeaks.

They need to get people to understand that if they support the organization we will come after them. Transaction records are easily identifiable. 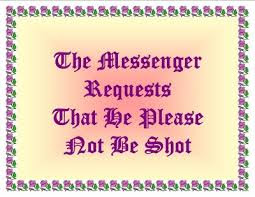