PULL THE OTHER ONE--TRUTH STRANGER THAN FICTION--

FRENCH police say they have arrested a 63-year-old woman who was leading her 40-year-old companion along a busy shopping street by a leash attached to his exposed penis.
The couple were detained on Wednesday afternoon in the southwestern city of Carcassonne and were due to appear in court in April on charges of public indecency.
The couple admitted to being sex addicts and said they were in the middle of a game when arrested, police said on Thursday. 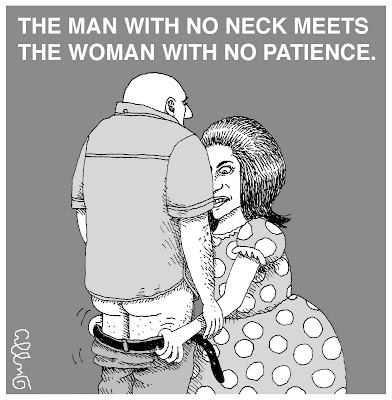