The THING that really makes Britain what it is, a little strange.

Ghosts force move of theme park ride to other side of park.

Monday, 7 February 2011:Edited by S W T Read:Feb 8: 2011
A new ride at one of the country's biggest theme parks has been moved after fears that it was prompting paranormal activity.
Workers creating the water ride at Thorpe Park in Surrey for the new season said they started noticing ghostly sightings and what appeared to be a headless monk.
Objects were being moved, workers were feeling like someone was watching them and sudden cold feeling was being experienced.
A paranormal detection agency was called in to carry out tests and found that an ancient burial ground or settlement could have been disturbed.
Managers at the park decided to relocate the ride to another area of the park and also called in a forensic team to carry out further investigations.
The 64ft-tall water ride, Storm Surge, was originally planned for an area known as Monk's Walk, a footpath that has linked the ruins of nearby Chertsey Abbey to Thorpe Church since AD666.
The divisional director of Thorpe Park Mike Vallis , said: "It became apparent that something strange was going on when teams started clearing Storm Surge's initial site.
"Staff reports of eerie goings-on shot up and the only physical change in the park, at that time, was the beginning of ground preparation work for the new ride.
"As employees were getting freaked out, we had no idea of the dramatic effects."
If this was in Australia the first thing to be checked would be the alcohol readings of the workers.
A physiological assessment would be mandatory.
However this is England, strange things happen on this little island.
No doubt the contractors are delighted and they will benefit from the extra work generated.
The workers will no doubt get a bonus from the contractors.
Several of the workers have been approached by acting agencies already I believe.
It is likely that this experience will be repeated across England, as builders and contractors latch on to this lurk. 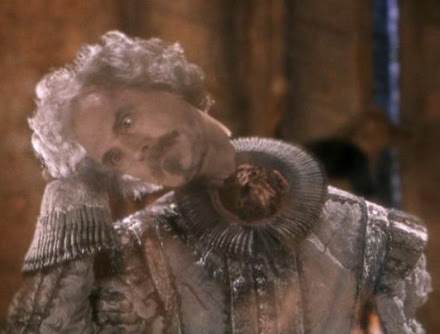