ICE CREAM OR NOT ICE CREAM THAT IS THE QUESTION?

Ice Cream With a Difference

Is this is totally true.

Three flavours of marijuana-laced ice cream went on sale in California last week.  Dubbed High Scream, the dopey dessert was introduced at a medical marijuana dispensary in Santa Cruz as an alternative to smoking pot.

Only medical patients who have prescriptions allowing them to use marijuana for pain control and other treatments can buy the new product.
Officially known as Creme De Canna, the marijuana-infused ice cream now comes in three flavours — Banannabis Foster, Straw-Mari Cheesecake and TRIPle Chocolate Brownie — with more flavours on the way.
“It’s been my passion to make medical marijuana not only highly effective, but deliciously amazing,” creator Jonathan Kolodinski told the San Jose Mercury News. “I’ve wanted to bring my product line to the market for a long time.”
The ice cream sells for $15 per half-pint and contains the equivalent of two to four does of marijuana, according to the label. 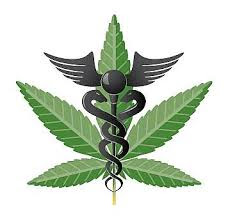 The maker hopes to sell his product to legal marijuana dispensaries across North America, but his biggest market will likely remain California, there have been enquiries from the UK and Australia.
would i make this up!!
at March 24, 2011