ABC April 13
Edited by:S W T Read:April 14: 9.36 am
Canberra taxi OWNERS have warned the release of new licences will send existing OWNERS bankrupt.
WHAT A LOAD OF BLOODY  RUBBISH!
More than 220 people applied for the 25 ACT taxi licences which were issued under a ballot system.
The successful applicants are required to have a car on the road by mid-June.
The Taxi Alliance's Mark Suckling says the new licences will mean a reduction in income for each driver.
"It's just going to make it harder and harder for people to stay within the industry," he said.
"I know several people who have been in the industry for many many years that are choosing to get out at this point in time. If they have been very successful in the industry, why would they get out if they were making a motzer."(they are retiring with full pockets- BECAUSE THEY PAY DRIVERS A PITTANCE)
Mr Suckling says the Government is not listening to drivers concerns.
No Mrs Suckling the government is listening to the people who you service, or should I say the ones your supposed to service
Let's not discuss wheelchair access to taxi's or I might get annoyed. 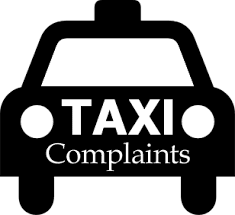