Offaly and Mayo counties are to get a visitor

President Obama’s visit to Ireland in May, will include a flying visit to Newport. President Obama is keen to visit Newport’s famous seven-arched bridge, which was built in the 18th century as part of the roadway between Newport and Mulranny.

His great-great granduncle, John Joe O’Bama, was one of the bricklayers involved in building the bridge.
It is believed that John Joe O’Bama, emigrated to Chicago with his family in the early 1800s and no family members are now living in the area.
The hall in Moneygall was packed to capacity last week as locals met to discuss the visit of “native son” Barack Obama in May.
Those who could not get seats, stood, as Mr Obama’s cousin Henry Healy chaired the meeting.
A representative of Dulux Paints was also present to provide villagers with a color scheme, meaning that each house will be painted according to a color plan.
Memembers of the local Tidy Towns were also represented to talk over plans to have Moneygall looking its best. “Over 100 people offered to help out. There is great enthusiasm,” said local Councillor Peter Ormond. 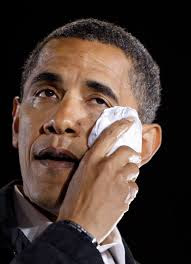