LETTER TO THE QUEEN FROM A BUNCH OF AUSSIE BLOKES

The Chaser's letter to the Queen
Dear Australian Head of State,
We would like to place ourselves at your mercy and request a stay of execution for our television program, The Chaser's Royal Wedding Commentary.
We, like Kate, are commoners, and were looking forward to celebrating her wedding to your exalted grandson with a few affectionate observations.
To ensure that our coverage was respectful, we were only planning to use jokes that Prince Phillip has previously made in public, or at least the ones that don't violate racial vilification laws. We've also filmed a joke about hunting grouse which we think you might enjoy.
We Australians are a simple people who don't often get to watch that kind of pomp. The last big wedding we had here was Scott and Charlene on Neighbours. We've asked around, and there are at least six people in this outpost of your empire who would quite like to watch our commentary.
Please consider our plea.
We have the honour to be, Madam, Your Majesty's humble and obedient servants
Cheers
The Chaser
PS: How serious are you about treason laws? 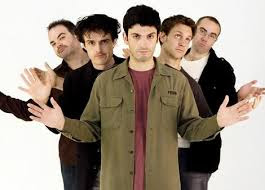