The Woolworths machines alone are set to rake in $60 million this year.
An Advertiser investigation has revealed major corporate organisations, including Woolworths and Coles, have led a consolidation of the state's pokie sector and own an increasingly large slice of the machines.
The Australian Hotels Association, leading a $20 million mass advertising campaign against reforms to limit problem gambling, counts the supermarket giants as members and includes Woolworths representatives on its executive.
The revelations have led to calls for the supermarkets to reveal how much they are spending on the "it's un-Australian" campaign to stop the introduction of technology forcing punters to declare how much they are prepared to lose.
Woolworths' Australian Leisure and Hospitality Group yesterday refused to reveal how much it paid the hotel lobby annually but said no additional money had been provided to fund the current campaign.
Woolworths has interests in 990 SA machines, worth $60 million per year, and operates 32 pubs including Henley Beach's Ramsgate and Brighton's Esplanade Hotel.
It has almost doubled its share of SA machines from 603 in 2007, due to the acquisition of the Taverner Group and several independent hotels.
Coles has interests in 235 machines worth $14.4 million per year, through its Liquorland and LHG3 chains, including the Brighton Metro Hotel.Together, the supermarket chains control 1225 pokies in SA worth $74.4 million per year, well above the 985 machines held at Adelaide Casino.
Independent SA Senator Nick Xenophon said the figures shattered industry claims that small-scale operators would lose the most from poker machine reform.
"It makes nonsense of claims that this is all about tiny, struggling clubs and hotels," he said.
"Let there be no mistake about this - the people behind this campaign are the big end of town. 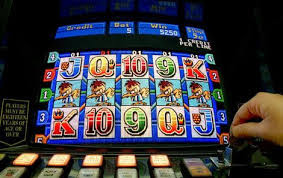