Far more Australians have household incomes over $150,000.
Updating the latest household income data from the Bureau of Statistics, 17 per cent of households, or one in six, have pre-tax incomes of more than $150,000.
Advertisement: Story continues below
But that's almost irrelevant to the budget cuts.
The only benefit that depends on household income being under $150,000 is the baby bonus. And freezing its threshold until 2014 will deny benefits to only about 2000 families.
Coalition and media claims that households on $150,000 would lose the much bigger Family Tax Benefit B are wrong.
They would lose Family Tax Benefit B, or the dependent spouse rebate or paid parental leave, only if the income of the primary earner rises over $150,000.

WHEN IS BENDING THE TRUTH IS AN OUTRIGHT LIE! 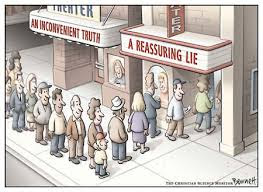 TRUTH IS THE FIRST CASUALTY OF POLITICS