Breaking New.com.May 11
Edited by S W T Read: May12 : 4.41am
HOW MANY MORE CASES OF CHILD MOLESTATION EXIST IN IRELAND
THE CATHOLIC CHURCH WILL NEVER LEARN!
IRELAND
Anything less than full co-operation 'cannot be tolerated'
The Minister for Children Frances Fitzgerald has said she is very disappointed that Church Authorities did not fully co-operate with the National Board for the the Safeguarding of Children in the Catholic Church.


The NBSCCC earlier said that its work in reviewing the practice of protecting children was hampered by Church authorities.

Ms Fitzgerald said that "anything less than full cooperation" with a Board whose purpose is to investigate the Church’s compliance with child protection procedures "cannot be tolerated".

She said she would now consider the report's implications in detail.

The watchdog also revealed that just 53 new allegations had initially been reported to it by Church authorities.


A a final check revealed that a total of 272 new allegations had actually been received during the year. 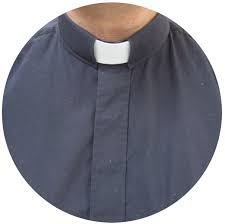 DOES THIS MEAN ANYTHING GOOD ANYMORE
THE CHURCH IS DOING IT'S BEST
TO DESTROY THE MEANING
IN IRELAND
at May 12, 2011