PAKISTAN FRIEND OR FOE--THEY DIDN'T KNOW HE WAS THERE--COME ON!!

IS PAKISTAN THE FRIEND WE DON'T NEED

The U.S. and COALITION wonder how it was possible for bin Laden to live in a populated area without anyone of authority knowing about it or sanctioning his presence for years.
It is time to review the billions in aid the United States and others provide to Pakistan.
To make contributions to a country that isn't going to be fully supportive is a problem for many."
The White House acknowledged there was good reason to demand to know whether bin Laden had been "hiding in plain sight" and to raise questions about continued U.S. aid to Islamabad.
Bin Laden's hideaway, built in 2005, was about eight times larger than other homes nearby.
With its 12- to 18-foot walls topped with barbed wire, internal walls for extra privacy, and access controlled through two security gates, it looked like a strongman's compound. 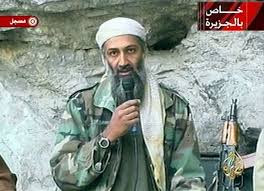 I TELL YOU THESE PAKISTANI WALLAS DIDN'T COME CHEAP
at May 03, 2011