COLIN Barnett says relations between Western Australia and the Australian government are at a low point.


The Premier has begun forging closer links with Beijing rather than Canberra as economic power shifts to the resource-rich state.


Mr Barnett denied that Western Australia was in effect running its own foreign policy and stressed he was not in favour of secession.


Mr Barnett said Western Australia accounted for 44 per cent of Australia's exports, equal to the sum of exports from NSW, Victoria and Queensland.

"I expect, by the end of this decade, Western Australia will be accounting for well over 50 per cent of Australia's exports," the Premier said. "That is a massive structural shift in the Australian economy."
He made no mention of the amount of financial support the eastern states have given over the years to Western Australia, it seems he is blinded by the mining boom, with a memory block on the past.
The Federal governments of Australia of both persuasions have encouraged investment in WA and made decisions that enabled wide ranging development.
Barnett says "I'm not a secessionist" however development of closer ties with China than with the Australian government sounds very secessionist.
He says that he is not saying Australia is going to fall apart, but there is an unravelling of Australia's commonwealth-state relations and there is an unravelling of the financial relations that have underpinned the federation.
His description of unravelling means that things shouldn't change just because of the mining boom.
Well Colin I'm afraid things do change and I'm afraid WA is going to have to pay its own way, because now it can afford to buddy. 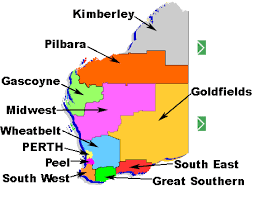