A German chemicals company said on Monday its managers have begun keeping their mobile phones in biscuit tins during meetings in order to guard against industrial espionage.

"Experts have told us that mobile phones are being eavesdropped on more and more, even when they are switched off," Alexandra Boy, spokeswoman for Essen-based speciality chemicals maker Evonik, told AFP.

"The measure applies mostly when sensitive issues are being discussed, for the most part in research and development," she said, confirming a report in business weekly Wirtschaftswoche.

Biscuit tins have a so-called Farraday cage effect, she said, blocking out electromagnetic radiation and therefore preventing people from hacking into mobile phones, not only for calls but also to get hold of emails.

The firm, with 34,000 employees and sales of 13 billion euros ($18.5 billion), is not alone in wanting to defend itself against what experts warn are increasingly sophisticated methods of industrial espionage.

DON'T THROW YOUR OLD TINS AWAY
THIS COULD BE THE FUTURE 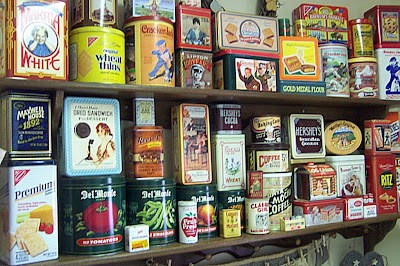