Musket training at Fort George for

Under the command of Lt Col Simon Higgens, the cadets will fire the weapons in an effort to better understand their range and capabilities.


Fort George was built near Ardersier on the southern shores of the Inner Moray Firth on the orders of King George II following Culloden.

This is the first time we've tried this”

Dr Tony PollardBattlefield archaeologist
It was completed in 1769 and remains a working barracks.
Following their visit to the fort, the cadets will carry out a terrain analysis exercise at Culloden, some from the perspective of the Jacobites and others from the point of view of the government troops. 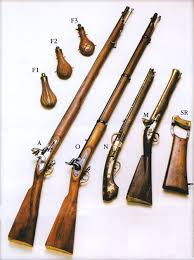