Cheap wine a thing of the past for Aged pensioners who like a tipple with a meal.

plan for uniform rise of

The cost of some cask wine could quadruple, with Health Minister Nicola Roxon signing off on a plan to develop a nationwide minimum floor price for alcohol.
The National Preventive Health Agency has been asked to "develop the concept" as part of a plan approved by Ms Roxon but yet to be approved by her state counterparts.
The interim chief executive of the agency, Rhonda Galbally, said that while she wasn't at liberty to reveal everything in the strategic plan approved by Ms Roxon.
She was prepared to confirm that it included developing the concept of a uniform alcohol floor price that would apply nationwide.

Cheap wine a thing of the past for Aged pensioners who like a tipple with a meal.

The government has over reacted to heavy use of alcohol by certain groups in Australia.

They have overlooked a growing population of older people who are not able to buy a $10-$15 dollar bottle whereas they can buy a cask which will last them a fortnight or a few cheap bottles for the same price.

Typically they are using a sledge hammer to crack an egg, it would be nice if for once government looked at the whole picture and what the affects might  be on oldies.

Limited may their life style be, but lets not deny them a tipple now and then because some people somewhere in Australia, can't handle alcohol. 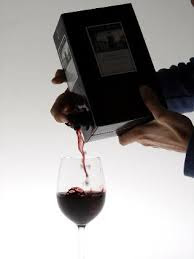