An American woman flooded her marital home after firing a rifle(which was laying around the kitchen) at a washing machine.

The unnamed 21 year old said she was aiming for a target inside her husband's wardrobe(I wonder what she was really aiming at in the wardrobe) but accidentally hit the kitchen appliance, which caused water to cover "most of the residence", according to Florida police.

Originally spending the night together in an attempt to reconcile after a recent split, the woman said she and her estranged spouse were getting on well until she told him that she had a new boyfriend. 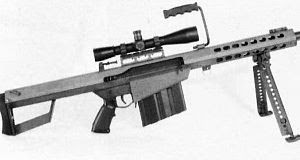 THIS IS A KITCHEN APPLIANCE
MUST FOR ANY KITCHEN