ABBOTT DOESN'T TRUST.. ECONOMISTS..DOCTORS..SCIENTISTS..ANYBODY THAT DOESN'T AGREE WITH HIM!

IF EVER TONY GETS INTO POWER, GUESS WHO HE'LL BE QUOTING...THESE SAME EXPERTS!!
TONY Abbott today slapped down economists who were backing a price on carbon to deal with climate change, accusing the numbers men of getting it wrong.
The Opposition Leader urged economists vocally calling for a carbon tax or emissions trading scheme to examine their thinking.
Speaking at the The Australian-Melbourne Institute Growth Challenge conference in Melbourne, Mr Abbott said economists should not be taken in by Labor’s use of the term "market-based mechanisms’’.
"It may well be, as you say, that most Australian economists think that the carbon tax or emissions trading scheme is the way to go,’’ he said.
"Maybe that’s a comment on the quality of our economists.’’
So now all economists in Australia are not worth anything, is this why we have such a good economy after the GFC. The envy of many countries around the world.
Tony...Tony...Tony  Just try thinking, I know it hurts, Just try it for once you may like it!! 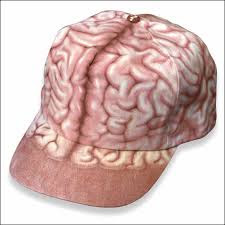