An online campaign has been launched in Russia.
It urges young women to support Prime Minister Vladimir Putin in a presidential vote by taking off their clothes, a lawmaker's site showed Sunday.
Called "Putin's Army," it features a video of a blonde student called Diana who struts along Moscow's streets in high heels and a black suit before scrawling "I will tear my clothes off for Putin" on a white top in red lipstick and starting to undo her clothes.
Inviting girls to strip off for Putin for the chance of winning an iPad2, the campaign comes ahead of the March 2012 presidential vote. Putin was president between 2000-2008 before handing the reins to his protege Dmitry Medvedev.
Widely seen as Russia's key decision-maker, Putin may return to the Kremlin next year.
"The goal: For Putin to be president!"
Abbott could do well because he seems to take most of his gear off quite often. 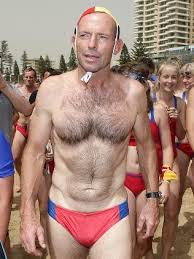 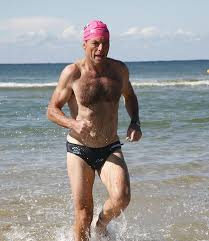 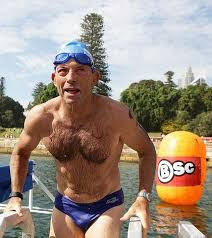 DO I LOOK GOOD
YOU BETCHA!
JUST PRACTISING