I am reliably informed that the unthinkable has happened.
The leader of the opposition (Abortizer) or Tonus as his friends like to call him. has agreed with the Government on something.
Now this type of event is has never happened before, we are yet to find out what he agreed with.
This has sent shockwaves through the party.
The well known commentator Stevus Mischievus in his usually reliable column, states that there are rumors of a severe brain strain having occurred to Tonus.
Now knowing Mischievus’s reputation we have to believe it is true.
Of course Abortizer’s friend Barnabus Obstuctus of  the Outbackwards party is helping.
Banabus Obstuctus is on the warpath, assuring us that he has amazing abilities. By using a Productivity Committee report as toilet paper.
This leads me to believe that he is a real hard arse.
Just to prove his ability grasp issues by the throat, he has suggested that we build a pipeline that will carry nothing, because he could do it most efficiently.
Tonus is very impressed with this idea.
Thus proving again that there is some credence in the article by Mischievus.
Will Barnabus Obstuctus change parties to join  Tonus, because it appears they have become very close.
Tonus has even began to sound like Barnabus.
An Abortizer/Obstructus double act would be quite an accomplishment, who knows where it would lead. 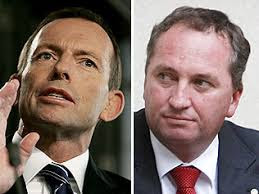