AUSTRALIAN GOVERNMENT CAUSING PROBLEMS FOR THE WORLD ACCORDING TO "MALCOLM"

Malcolm Turnbull says confidence in the economy is being undermined by the federal government.
Is Malcolm insinuating that the falls on the share market are caused by them and not the situation in the US or in Europe.
Whatever you think of the government's policies, there is a perception that the government is causing all the problems, no Malcolm much as you would like it to be so, it isn't.

Part of the problem is the negative campaign Abbott has been running, instilling fear in the population for political gain.
The downturn in retail sales directly relates to the doom and gloom campaign generated by the Coalition.
There are various shock jocks that also seem to delight on stirring up fear of refugees, fear that people will loose jobs in relatively safe industries and loathing for this government.
Facts are the victim of this diatribe.
The use of real facts has died.
The belief in science has been denigrated.
The Treasury has derided as a puppet not to be believed.
The CSIRO has been attacked as incompetent.
If we are to believe the Coalition you would think the government picked up the phone called Standard and Pores and told them to change the US credit rating and they control politics in the US and Europe.
The Australian share market plunged four per cent on Friday despite efforts by Treasurer Wayne Swan to soothe investors' fears that another global recession was just around the corner.
The government is doing what they are supposed to do, trying to encourage people, yet the Coalition is doing the opposite.
Business must be sick of this political game which has created so much fear in the community.
So much that people are terrified of spending because they have began to believe the end of the world is nigh.
Australia is still the lucky country, you better believe it, look around the world, we are in great shape, a situation most countries would love to be in. 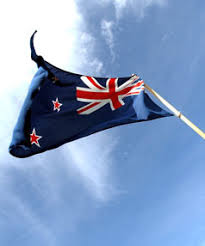 OUR FLAG OUR COUNTRY
BE PROUD DON'T KNOCK IT!!!