Our island mentality and concern about securing our physical borders helps us to explain our obsession with "boat people"?
Do we still think in terms of early sailing ships and state borders as if it was it before we were a Federation.
From 2009 to 2010, 48,000 asylum seekers came by air.
Only 15,000 came by boat. That is 76 per cent were air arrivals and only 24 per cent boat arrivals.
Only one year, 2010, did slightly more come by boat.
Yet we detain all boat arrivals.
We allow the much larger number of asylum seekers who come by air to live freely in the community.
Is this because they are better people, really!
According to government figures, by March 11 2011 there were 6507 "irregular maritime arrivals" in detention.
There were only 56 "unauthorised air arrivals" in detention.
They were presumably people who had been denied refugee status and were awaiting deportation.
There is this extraordinary difference in treatment based on mode arrival?
Obviously if you have access to air travel you do not have devils horns protruding from your head as all boat people apparently have. 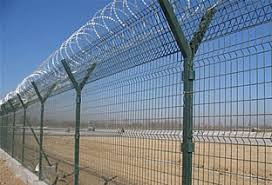