HAVE MOUTH WASH WILL RIDE!

A British theme park is clamping down on bad breath by appointing mouthwash wardens.

Officials at Thorpe Park have brought in the new members of staff after receiving record levels of customer complaints about the smell of thrill-seekers' bad breath, which has been discovered as they scream their way through rides such as Unholy Trinity of Stealth, Colossus and Nemesis Inferno.

Mike Vallis, divisional director at Thorpe Park, said: “Perhaps as rides have got more extreme over the years, people are screaming harder and as a result some are spreading their offensive oral odours amongst other riders.

"Over the weekend complaints have hit an all time high and it was decided that action needed to be taken. We obviously want to make the experience of our rides as enjoyable as possible for everyone and with the new mouthwash station there are no excuses for anyone to have unfortunate smelling breath”.

Garlic and cigarettes were revealed to be the most common offence causing the stink. 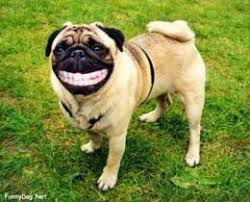 LOOK WHAT THIS MOUTH WASH DID FOR ME