I'D KILL TO PLAY THAT GAME

Edited by:S W T Read
A 14-year-old boy killed his sleeping father with a sledgehammer after his parents told him not to play a computer game overnight and took away the keyboard.
Yaroslav Melnichenko committed the horrible crime in cold blood and feels no remorse for the patricide, reports Life News tabloid.
Moreover, he told investigators that initially he planned to kill the mother because she was the one to stand between him and the game, but then he thought the father would wake up and stop him, so he decided to kill the man.
In the middle of the night the boy sneaked into the parents’ bedroom, covered the head of his father with a plastic bag and landed six strikes with a sledgehammer. The bag was to prevent blood from splattering on him, he later explained to the police.
Then the murderer demanded his keyboard from the shocked mother, took her mobile phone, locked the door and went straight to the computer to play a dark-themed fantasy role-playing game.
Relatives describe Yaroslav as a reclusive youngster with almost no friends and addicted to computer games. They also said that the parents had spoiled him, bringing him up with little discipline and making him the only heir to the family business – a resort hotel on the Black Sea. The shocking case also has a Freudian twist, as the boy said during the investigation that “now he was head of the family.”
The murderous teen now faces up to 10 years in prison for the crime. 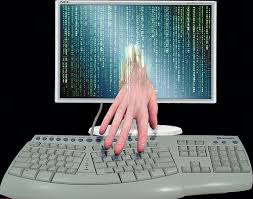 Email ThisBlogThis!Share to TwitterShare to FacebookShare to Pinterest
Labels: Crime