New Zealand rugby fans have overwhelmingly rejected a campaign urging them to give up sex as a way of supporting the All Blacks during this year's Rugby World Cup.
Telecom Corp, a team sponsor, planned to launch a campaign calling on fans to "Abstain for the All Blacks"
Fans would be given black rubber rings to wear to show they were supporting the abstinence campaign, to be fronted by former All Blacks captain Sean Fitzpatrick.
The idea of putting sex in the sin bin has found little support from the country's sporting public.
"Dumb, dumb, dumb, that's just dumb," one All Black supporter, who identified himself as Grant said.
A Herald online poll, asking fans if they would forego sex during the seven-week tournament, attracted almost 10,000 votes, with 92 per cent responding: "No, are you kidding?"
A French coach once said; sex before a game doesn't hurt performance, it's the hours of pleading to get sex that hurts. 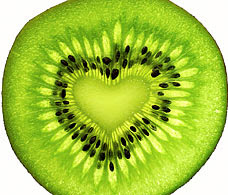