Wandsworth – one of Britain’s toughest jails – are complaining of being stoned by inmates.
By Christopher Leake : Edited by S W T Read

Prison officers have complained to the Government’s health and safety watchdog that staff are getting ‘high’ from cannabis fumes escaping from prisoners’ cells.
.he warders’ union says its members suffer headaches and sickness because inmates smoke pot. It raised fears that this is affecting officers’ mood and performance, they seemed to be laughing all the time, this is not in keeping with the spirit of the prison.

Prison Service to carry out a risk assessment, which might lead to improved ventilation.
‘After a 12 to 15-hour shift breathing in the fumes from cannabis, our members won’t be driving home. They’ll be flying home.’
Mr Freeman claimed that even though jails were experiencing high levels of drug use – including heroin, cocaine and cannabis, they believe there is no way to control it being brought into the prisons.
Improvements might include some measures identified for controlling smoke from cell fires, such as improved ventilation and mobile ventilation units.


’We work hard to keep illicit drugs out of prison, using a range of security measures to reduce drug supply.


The Prison Service like similar services all over the world are it seems powerless to control drugs.


Surely the entry of drugs into prisons is condoned by prison officers, by bribes or perhaps      with the understanding that it makes their lives easier when controlling prisoners.

Complaining about becoming stoned at work for something they are complicit in seems somewhat ironic. 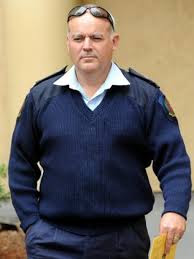