These photographs have all been doctored but the mentality of these people is captured by the absurdity of these shots that display their behaviour.
Mob rule in this day and age is not very hard to start because of social networks, however it is very hard to control or stop once the fire has been lit.

As far as the police reaction for the first few days, all I can say is that I could not imagine the police in Australia behaving in such a subdued manner.

I'm sure  police in Australia would not countenance such behaviour.
Australian police are not gun hoe, however I'm sure they would quickly realise that quick action was needed or they would loose control.

The police in the UK seemed as if they were constrained by guidelines that severely handicapped them in carrying out their duties.

The use of firearms is never condoned however the use of riot guns(shotguns) loaded with suitable ammunition would have had an immediate affect in this situation. 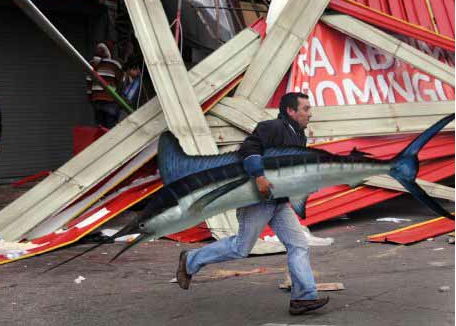 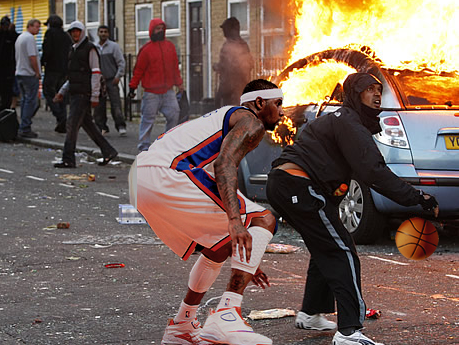 Waiting for the Starting Gun?? 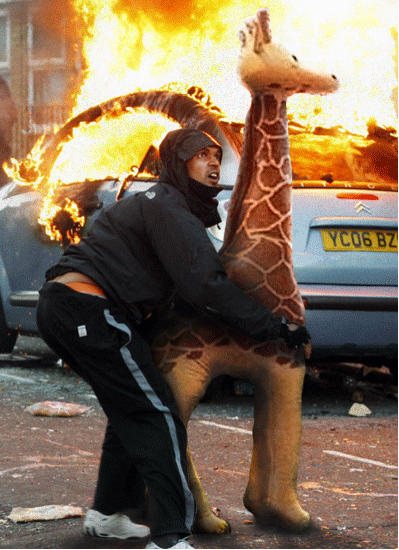 Opportunity, it only strikes once?? 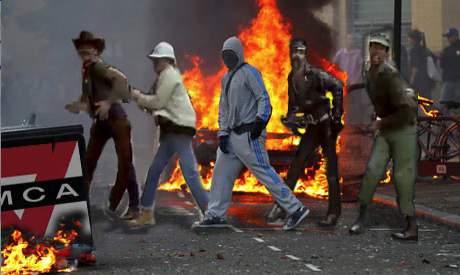 Pillage People, dressed for the occasion???

NOW WE KNOW...THIS CAME FROM THE DARK SIDE