STEWARDESS GIVES GREAT SERVICE ON THE JOB...PILOT GIVEN A BLOW...TO TAKE THE PRESSURE OFF???

Pilot and stewardess sacked after unusual relaxation technique used on the job.
The Age Aug 13
Edited by: S W T Read
A pilot and a flight attendant were dismissed from Cathay Pacific after photos of them having oral sex in a cockpit appeared online and in print, the Hong Kong airline said.
The airline's chief executive John Slosar said the couple, who have not been identified, "are no longer employees of the company."
He stressed that the incident did not appear to have happened while a plane was airborne.
Advertisement: Story continues below
"I find any behaviour that recklessly soils the reputation and uniforms of our company, is totally unacceptable," Slosar said.(does that mean they took them to the cleaners?)
"That's why we moved as swiftly as we could to ascertain the facts of the case, and to take decisive action."
According to Chinese newspaper reports, the pilot protested that he and the flight attendant are a couple and that the pictures were downloaded from his personal computer without his knowledge. 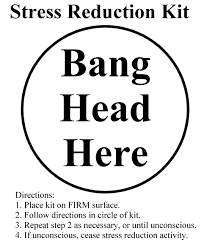