Western Australia's Colin Barnett
Barry O'Farrell from NSW
Victoria's Ted Baillieu
They demanded Ms Gillard scrap the tax or at least boost compensation.
Ms Gillard sent her counterparts home empty-handed. "I think it won't amaze anybody in this room to say we didn't strike a grand agreement on this question," she said.

A LOOK INTO THE FUTURE 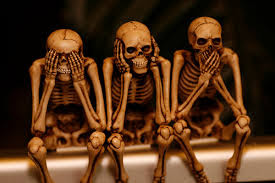