BBC turns its back on year of Our Lord: 2,000 years of Christianity

The BBC has been accused of 'absurd political correctness' after dropping the terms BC and AD in case they offend non-Christians.
The Corporation has replaced the familiar Anno Domini (the year of Our Lord) and Before Christ with the obscure terms Common Era and Before Common Era.
The statement says 'As the BBC is committed to impartiality it is appropriate that we use terms that do not offend or alienate non-Christians.
In line with modern practice, BCE/CE (Before Common Era/Common Era) are used as a religiously neutral alternative to BC/AD.
'
But the move has angered Christians, mystified other faith leaders and been branded unnecessary by the Plain English Campaign. Critics say the new terms are meaningless because, just like AD and BC, they still denote years in relation to the life of Christ.
Dr Michael Nazir-Ali, the former Bishop of Rochester, said: 'I think this amounts to the dumbing down of the Christian basis of our culture, language and history.


These changes are unnecessary and they don't achieve what the BBC wants them to achieve.

'Whether you use Common Era or Anno Domini, the date is actually still the same and the reference point is still the birth of Christ.'
Several prominent Christians last night blasted the Corporation for sidelining Christianity.
The Rev Peter Mullen, Anglican chaplain to the London Stock Exchange, said: 'This is absurd political correctness and these new terms do not mean anything to anyone.
'I think it's an example of the BBC trying to undermine Christianity by pushing an aggressive secularism.
'I would be very surprised if any other faith had complained about the use of Anno Domini and Before Christ.' 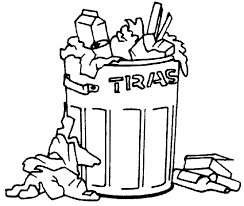 "POLITICAL CORRECTNESS ONLY IN THIS BIN!"
THE BBC IS TRASHING ITS IMAGE