Audits by the powerful US Food and Drug Administration have revealed a multitude of manufacturing flaws at Australia's biggest pharmaceutical company.

The FDA allegations - which CSL said yesterday had been or were in the process of being resolved.
These include the failure of laboratory staff to wear masks while dispensing and mixing vaccines, "deficient" tests to check whether viruses were properly split to prevent side-effects and "inadequate" investigations into product failures.
The FDA documents reveal that CSL took six months to start investigating the cause of mysterious dark particles in the national stockpile of swine flu vaccine.
The most recent audit, in March, branded as "inadequate" CSL's investigation of febrile fits among children immunised with Fluvax, its seasonal flu vaccine.
Eleven months after Fluvax was banned for young children, the FDA audit discovered CSL had not compiled an investigations report or even designated anyone to be in charge of the investigation.
Australia's pharmaceutical regulator, the Therapeutic Goods Administration, refused to release the findings of its own audits into CSL.

And CSL insisted the FDA audits contained "observations only" rather than any final determination of compliance.
CSL, the privatised Commonwealth Serum Laboratories, has also been under fire this week after being forced to ration supplies of penicillin in its role as sole Australian supplier of the medicine. 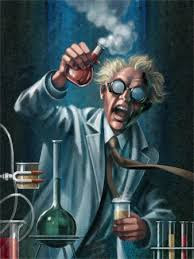 THIS IS A MONEY MACHINE