JOHN HOWARD THE SMARTEST PM EVER?

Ricky Ponting, the Pope, John Howard and a school boy were all on the same airplane when the engine failed and they realised there was four of them but only three parachutes.


Ricky Ponting got up and said, I am a sporting superstar and must live so that I can continue my career to beat the Pommies in the ashes series. He grabbed a parachute and jumped off the plane.


John Howard got up and said I am the smartest Prime Minister in the world and I have to live to continue to govern the country.


The Pope said to the school boy, well I am old and have lived my life so you should take the last parachute.


The school boy replied, “No, it's ok, the world’s smartest Prime Minister just took my school bag so there’s one for each of us!”

NOT THE SMARTEST MEAT IN THE SANDWICH 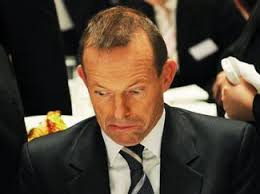 THE SMART MEAT OF THE FUTURE?