RECESSION...DO THESE PEOPLE CARE ABOUT PEOPLE..NO ONLY THE MIGHTY DOLLAR!! 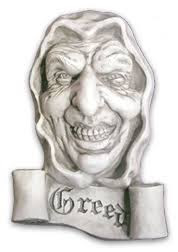 Traders don't care if the economy soars or crashes as long as theirs a profiting, The Goldman Sachs of the world rule the world and money has no conscience, you better believe it!
The British trader who let the dealing room psychology out of the bag on the BBC is believed to have said said he was merely stating the reality of the traders' universe.
Goldman Sachs may not be the only ones that actually rule the world, but they certainly come close to it.
The intention of making markets rise and falling is a given, with money to be made in either direction.
The worrying thing is the ease with which a herd instinct can take over a desk or room and turn disinterest into evil intent.
The attitude of indifference to the human suffering, hunger and poverty is hardly surprising.
Numbers and graphs, are there only interest, traders immerse themselves on their screens that are impersonal.
Charts of shares, credit default swaps and bonds, index futures, electricity prices and other markets, water and its availability if such a derivative existed, are all charts.
Depression, Recession looks like unemployment, poverty and starvation to outsiders(average people), but it appears as a ripe opportunities for a trader.
So isn't IT about time governments around the world woke up to how the whole trading system is now undermining democracy its self.
Countries are now nothing but trading opportunities, should a government collapse because they have manipulated the market, it does not bother them, its just another chance at a killing. The fact that real people may die doesn't matter.
Maybe Goldman Sachs along with many of the same ilk should have gone the way of Lehman Brothers, we may have all been better off. 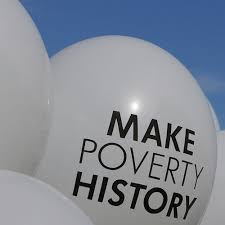 ONLY IF THERE IS A PROFIT!