THE VODKA BLEW THE ROOF OFF!! WITH A BANG! PERHAPS IT DOES ROT YOUR BRAIN?

An inventor blew out his windows and part of his roof when his home-made vodka kit exploded in his bedroom.
Lawrence Toms, 43, was tinkering with his vodka distillation equipment when neighbours suddenly heard a massive blast blowing out the windows and the roof of his home.
Ten neighbouring houses had to be evacuated before Mr Toms found wandering in his blackened underwear in the street.
A next door neighbour says,'I looked out of the window and saw my neighbour in the street in his boxers and shorts with all his skin burnt off his arms.

'I took him in and ran his burns under the tap until the paramedics took him away.'
Four fire engines and an ambulance were called to the terraced street in the village of Treherbert, Rhondda, South Wales.
Fire fighters battled to control the blaze while Mr Toms was taken to a specialist burns unit.
Hannah Knowles, 63, who lives opposite, said: 'I was just settling down to watch Coronation Street with a cup of tea when I heard a huge bang.
'I looked out the window and saw giant jets of flame shooting out of the roof of Mr Tom's house. I've never seen anything like it.
'His windows were blown out but luckily for me his camper van was parked outside and that shielded me from the blast.' 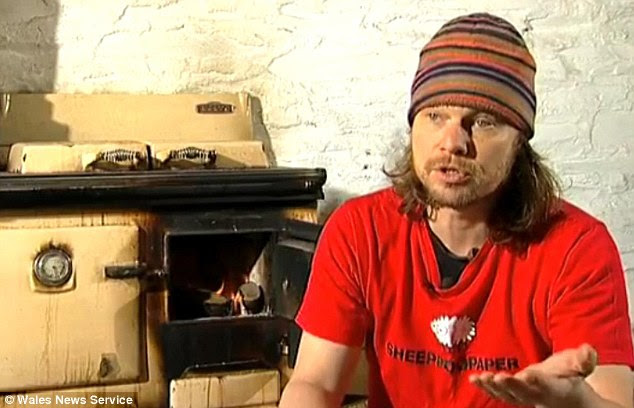 HE LOOKS LIKE HE DRINKS AND SMOKES(something)
OR HE'S NOT A FULL SANDWICH! 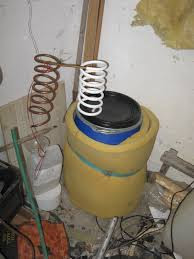