THE QUANTAS LEADERSHIP AND UNION LEADERSHIP SHOULD BE SACKED
The Coalition is remaining very quiet over this dispute, except for there inference that things are worse under the Fair Work Act.
As can be seen from the figures below the Coalition has it wrong again!


Even the rise in disputes in the June quarter is lower than the rise three years ago when these same agreements were last up for renegotiation.


Wages growth is not high, and the Reserve Bank says ''upward pressure on wages is tending to ease''.

Qantas chief executive and Alan Joyce, the outspoken Transport Workers Union national secretary should both be taken outside and given a cold shower, neither one of them is capable of logical thought.


The public, who are they, they obviously don't warrant any consideration, they are only people after all.


As for Quantas having another agenda, after this latest move one can't help thinking that where there is smoke there is fire, maybe they do want to move off shore?


Maybe the Quantas name is now a liability because under the act most of Quantas must remain in Australia and most of the work is to be carried out by Australians.


What a shame, fancy keeping work in Australia, have they just become like all Multinationals, no country loyalty any more just greed for the mighty Dollar. 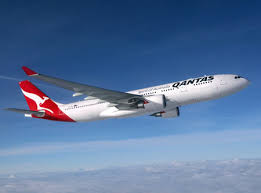 UP, UP AND FAR AWAY--IS THIS THE FUTURE