BRITISH YOUTH TAUGHT HOW NOT TO WORK--FOREIGN WORKERS HAVE WORK ETHIC!

British bosses say: Give us foreign workers every time
Figures released yesterday showed that the number of British workers in jobs fell by 311,000 in the past year, while foreign employees went up by 181,000.

Charlie Mullins, the 52-year-old founder of Pimlico Plumbers, said Britons would ‘rather be footballers than do an honest day’s work’.
His firm has 200 staff, said he was forced to employ foreign-born people because they work harder than their British counterparts he claimed many Britons would 'rather be footballers than do a hard day's work'
‘We’re increasingly employing foreign workers. They have the right attitude and are prepared to work harder,’ he said.
‘It’s a case of “won’t work”, not “can’t work”. They feel as if the country owes them a living.’
He said the number of foreign-born workers he employed at the company, had doubled in the past two years to 40, or 20 per cent of his staff.
They are mostly from South Africa and work as plumbers and tradesmen, roles which command annual salaries between £50,000 and £70,000.  He he also employs workers from Ireland, Italy, Australia and Spain in various roles in both the administrative side of the business and the trade side.
One employer said,"I have interviewed and employed many young people. And it shames me to say this but it was often easier to teach English to foreign applicants than it is to try to instill the right work ethic in our own English-speaking youth."
Time and again I see young people turn up for interviews wearing grubby jeans or tracksuits. They smoke and talk on the phone to their friends while at the interview.
Many of them come with their partner or a parent.
Some even send their parents on ahead while they have a lie-in.
What’s more, a lot don’t seem interested in the post at all – having turned up just so I can sign their Jobseekers’ Allowance form which means they can continue to receive welfare benefits. 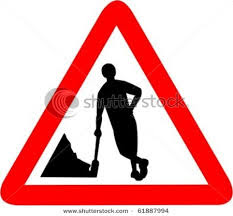