Darth Vader asks for land in Ukraine, he believes Odessa's councillors are from the dark side?

ODESSA, Ukraine, Nov. 19 (UPI)
"Star Wars" villain Darth Vader paid a visit to the Municipal Council of Odessa in Ukraine to ask for a plot of land.
The council said the man, who was dressed as a Sith lord, presented a Ukrainian passport and filled out an application, which was accepted by the office., Pravda.ru reported Friday.
"I am Darth Vader, the right hand of Emperor Palpatine. I've learned that the municipal administration of Odessa was giving away land, so I came to ask for my plot.
"I know that the deputies of the council, the executive committee and Mayor Kostuev are on the dark side of Power, so they will help me."
The individual was dressed as the movie villain said one councillor.
The Land Code of Ukraine states residents can ask for a plot of land to be used for farm business, gardening, a garage or a country house.
Mr Vader did not divulge to what uses the land be put. 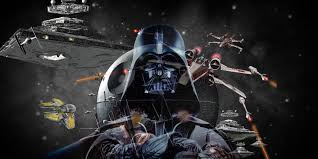