CAN YOU BELIEVE IT...IS THIS REALLY ENGLAND?
A playwright has cancelled a drama set partly during the Second World War, claiming the UK government body which commissioned it asked him to remove references to Nazis, Jews and the invasion of Poland for fear of “offending” the audience.

Rod Tinson hit out at English Heritage for trying to create a “Disneyfied” version of history by insisting on changes to his play, due to be performed at a castle which formed part of Britain’s wartime coastal defence network against German invasion.

The Halloween play was originally approved to be performed as part of “ghost tours” at Pendennis Castle in Falmouth, Cornwall, over four nights for an “adults only” audience, with scenes showcasing different periods in the Tudor castle’s history, including its Second World War gun batteries. 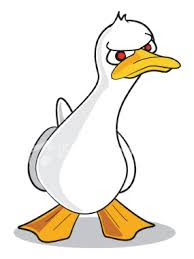 IF I LOOK LIKE A DUCK
JUST CALL ME A DUCK!!
WHY IS IT SO HARD?