SOME TRAGIC GREEK JOKES
"Why did Greece fail to get the latest instalment of EU/IMF aid?"
"Because no one in Greece works long enough to complete the application form."
"A Greek, an Irishman and a Portuguese go into a bar and order a drink. Who picks up the bill? A German."
And from the website of the German newspaper Deutsche Welle:
"There's a joke doing the rounds in Bratislava -- 'For 400 euros you can adopt a Greek. He'll stay at your place, sleep late, drink coffee, have lunch and then take a nap, so you can go to work.'"

"What's the difference between Iceland and Greece?" "One letter and about six months," is the answer.

"How many European finance ministers does it take to change a light bulb? None. There's nothing wrong with the light bulb."
What economic model correctly forecasts the outlook for the European economy? A double-dip recession, a V-shaped recovery, or something else?   A bathtub. A steep decline, then a period of stagnation, then it goes down the drain.
How does Greece know it's going to be a double-dip recession?  Greek exports of taramasalata and tzatziki have plunged. 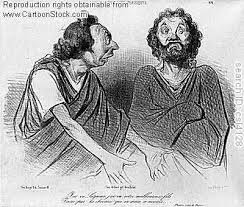