Joe Hockey and Tony Abbott Suffers Foot and Mouth, they have been slapped down by The Business Council of Australia and The Government praised.

Hockey and Abbott suffers foot and mouth after comments about Australia's contribution to the International Monetary Fund.
Hockey:   "We do have a problem giving the Europeans a get-out-of-jail-free card by offering them additional funds through the IMF when they need to resolve this issue themselves and fast," he said.
Opposition Leader Tony Abbott also weighed in, saying that Europe and Greece should get their own houses in order rather than relying on others to solve their problems.
Of course they don't mention that we earn interest on any money put into the fund and the likely hood that we will loose the money is very remote because it has never happened before.
These ill considered remark do nothing to enhance Australia's standing in the world.
The Business Council of Australia (BCA), which represents the country's 100 top executives, threw its support behind the government.
"Australia has acted in such a way as to be a good global citizen in the past by agreeing to contribute through the IMF during the Asian financial crisis, and should be prepared to do so again if necessary to support global and ultimately our own economic interests," BCA chief executive Jennifer Westacott said in a statement.
She said Australia must stand ready to play its part in the G20 deliberations on the European banking and sovereign debt crisis.
"The consequences of failure will be severe for the people of Europe, and the health of the global economy. A breakdown in the euro will undoubtedly have major implications for Australia." 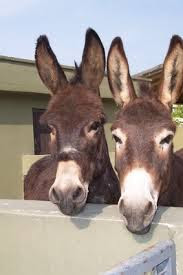 BOTH ARE DONKEYS
THIS TIME