OVER 100years old..AND STILL GOING STRONG...THERE'S HOPE FOR US ALL!!


A 100-year-old Briton has become the world's oldest marathon runner after finishing a race in Canada.


The record-holder "hit the wall" at 22 miles but soldiered on for another two hours and finished in 3,850th place, ahead of five other competitors.


Mr Singh, who took up running 11 years ago after his wife and son died, trains every day by running 10 miles.

His coach and translator Harmander Singh said Mr Singh was "overjoyed".
"Earlier, just before we came around the (final) corner, he said, 'achieving this will be like getting married again'.
We are not quite sure why he likened it to marriage, did he mean it was arduous or pleasurable.
"He's absolutely overjoyed, he's achieved his lifelong wish."
Born in India in 1911, Mr Singh was a farmer in the Punjab but moved to Britain in the 1960s.
He puts his stamina down to ginger curry, tea and "being happy".
He holds the world record for the over-90 category after running the 2003 Toronto marathon in five hours and 40 minutes. His latest feat earns him another spot in Guinness World Records.
On Thursday he broke another eight records for 100-year-old men by completing all eight distances ranging from 100m to 5,000m.
Mr Singh said: "The secret to a long and healthy life is to be stress-free. Be grateful for everything you have, stay away from people who are negative, stay smiling and laughing and just  keep on running." 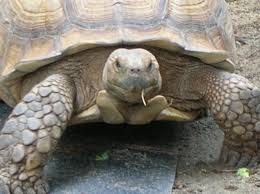